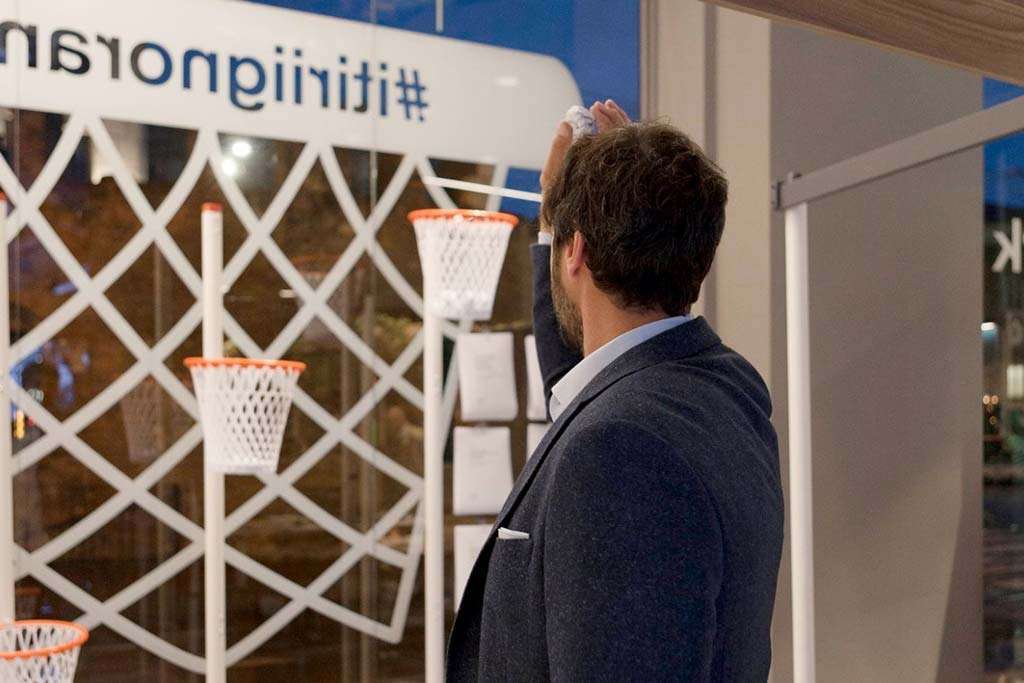 During the event pleasure@work at Milano Design Week, Faram presented, in cooperation with the game designers of dot.venti, the game I Tiri Ignoranti. The game makes explicit reference to the typical gesture of the creative who, not yet satisfied with their work, screws up a sheet of paper and throws it into the waste basket, trying to ‘score’. Thus, freeing themselves of an idea that doesn’t work to make room for a new one, that, of course, they hope will be better.
To be able to work well, it is necessary to ‘make space’, to free the clear the field of the surplus, of the remnants of the past. That is exactly what Faram proposes to do by launching Bahlara, a new way of perceiving and living work spaces.

The name ‘tiri ignoranti’ (ignorant shots) derives from the way Gianluca Basile, an Italian basketball shooter from the nineties, described his three-point baskets scored just before the whistle blew.
For Faram, the ignorant shots are first-rate, liberating gestures that finally make it possible to move away from stagnant organisational paradigms, opening up to the winds of change.
On Thursday February 11th the champions Gianluca Basile and Riccardo Pittis tried out the new game, in the company of a champion of technological innovation, Gianpaolo Barozzi of Cisco. Applause for all, but it must be said that Pittis, in particular, boasted an exceptionally ‘ignorant’ hand.